It’s party time! Not only am I super pumped for Kristen Strassel for another exceptional title, I’m so happy to help share the sexy cover of her new book SILENT NIGHT. Seriously, isn’t this gorgeous?!

This Christmas isn’t about celebration for eighteen-year-old Kyndra, it’s about survival. Grieving the loss of her grandmother and struggling with the indifference of her family, Kyndra now splits her time between her dead-end mall job, her junkie ex-boyfriend’s bed, and the streets. Longing to be close to her grandmother one more time, she wanders into Christmas Eve mass and prays she’ll find the place she belongs. Home.

Aidan isn’t ready to let go of the past either, even though he’s had nearly three hundred years to do it. He chronicles the search for the reincarnation of his beloved wife as the vampire romance author Allison Duprois. Aidan knows the wife he mourns is out there, but fears writing their story is as close as he will get to her.

At Christmas Eve mass, he finally finds her. Alone, with no place to go.

Aidan brings Kyndra into his home, and gives her the safety, comfort and love she longs for. Though he gives her second chances she never thought she’d have, Kyndra still can’t get over Aidan’s mysterious past. Not to mention that he claims that he’s a vampire. Life alone on the streets is dangerous enough without handing her trust and love to the wrong person. Can Aidan break through the walls around Kyndra’s hardened heart to convince her that she belongs with him, forever?

Add to your Goodreads! 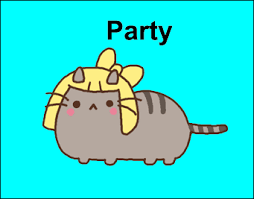 About the Author Kristen Strassel

Kristen shares a birthday with Steven Tyler and Diana Ross.  She spends each day striving to be half as fabulous as they are.  She’s worn many hats, none as flattering as her cowboy hat: banker, retail manager, fledgling web designer, world’s worst cocktail waitress, panty slinger, now makeup artist and aspiring author.  She loves sunshine, live music, the middle of nowhere, and finding new things to put in her house.  Kristen is represented by Pam van Hylckama Vlieg of Foreword Literary.

Congratulations Kristen on the cover reveal!

Wyrd Calling the Heart and Soul by Shen Hart

Deep In The Meadows by Lisa Cronkhite Blog Tour + Giveaway