Today on the blog, we have the fabulous author J. Elizabeth Hill! 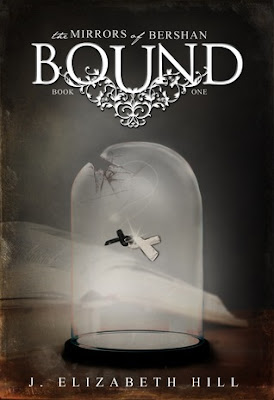 Bound (Book One of the Mirrors of Bershan trilogy)
by J. Elizabeth Hill
Goodreads blurb: “Doesn’t she know you can’t do real magic alone?”

Freshly graduated from the Voleno Academy, Faylanna Derrion is trying to find her solitary place in a world where she and her fellow Magicia are expected to find their magical partner as soon as possible. When her mentor and his partner are taken by a terrible darkness before her eyes, her flight to find help brings Tavis into her life. Can she learn to see him as more than a simple farmer or will she accede to her father’s demands to return to her family’s home, following a path others have laid out for her? Can she choose her own course, after a lifetime of refusing to bind herself to anyone?

Where to find Bound:

About the playlist for Bound
Notes from J. Elizabeth Hill
I put this playlist together when I was doing the first draft of Bound, and used it through the rewrite of that book, as well as writing the second and third volumes of the trilogy. Recently, I used it again to write a novella that’s a prequel to the trilogy.

The songs are each tied to either a feeling or a theme in the trilogy, especially in Bound.
To Love Me More, PM Dawn
-I added this song to the playlist because there’s a thread of this in the entire trilogy, many people who want to be loved, and often more than they are, by others. To say anything more specific would involve spoilers.
In The Air Tonight, Phil Collins
-This song encapsulated the atmosphere of a vital series of scenes late in the book. When I was writing them, I stuck this song on repeat one. For hours (seriously).
All of My Life, Phil Collins
-This was for the theme of regret, and the wish that things had been different, which is also a theme for this trilogy.
Halcyon and On and On, Orbital
-I love this song in general, but I selected it for this playlist because it reminded me of hope, and beginnings. Somehow, it also reminds me of the sun coming out after a rainstorm.
No Ordinary Love, Sade
-This song expresses the idea that, when partners bound by their magic, fall in love, it’s not ordinary, that there’s a dimension to their feelings others can’t know or understand unless they’ve experienced itself.
I Will Not Forget You, Sarah McLachlan
-This track was meant for a specific theme, regret and new understanding that comes with time and experience, again something that pops up through the trilogy.
The Blowers Daughter, Damien Rice
-This song reminded me of longing and hope, and the way emotions build and change, even when we least expect it. There was some of this occurring in the story, so it felt appropriate.
Never Think, Rob Pattinson
-I love the sound of this song, and the sense of quiet reassurance, that the singer is always going to be there for the object of the song, come what may.
Keep Hope Alive, Crystal Method
-This one was another track added for feel and atmosphere
The Autumn Effect (Piano Version), 10 Years
-I adore this song in general, and it was the one that made me fall in love with the band. It was part of this play list for the feel of longing and striving, of beauty and love that’s part of this song. 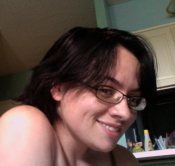 Born in Toronto, Ontario, Julie Elizabeth Hill exported herself to Vancouver, British Columbia after many years of staring longingly at the map following every snowfall. For as long as she can remember, she’s been making up stories, but it wasn’t until high school that someone suggested writing them down. Since then, she’s been hopelessly in love with story crafting, often forgetting about everything else in the process.
Where to find her: GoodreadsBlogTwitter: @jlizhill
Pin this Post
Share this Post
0 Comments
Leave a Comment

Remnants of the Damned by Gavin Hetherington (and GIVEAWAY!)